Duct tape: Great for mending air vents and spaceships; not so great for your dog.

What should you do if your dog ate duct tape?

As long as your dog is not currently showing any visible signs of choking, there’s not much else you can do at this point but wait.

There’s a good chance that the tape will pass harmlessly through your dog’s digestive system and arrive safely in its next bowel movement. This will especially be the case if your dog is a large breed, or if the tape was chewed into tiny pieces before being swallowed.

However, there is a distinct possibility that the tape causes problems inside your dog- namely, an internal blockage. This is a serious issue that will need to be addressed professionally.

Signs that you should take your dog to the vet immediately include vomiting, stomach pain, heavy panting and loss of appetite.

The vet will evaluate whether vomiting should be induced. If that option is deemed unsafe, surgery may be necessary to remove the tape from your dog’s stomach.

Is Duct Tape Poisonous To Dogs?

There has been no clear indication that duct tape is particularly poisonous to dogs, either when ingested or through touch.

However, Wikipedia does note that:

Common duct tape carries no safety certifications such as UL or Proposition 65, which means the tape may burn violently, producing toxic smoke; it may cause ingestion and contact toxicity; it can have irregular mechanical strength; and its adhesive may have low life expectancy. Its use in ducts has been prohibited by the state of California and by building codes in many other places.

Of particular interest in that description is that duct tape may cause ingestion or contact toxicity in humans. There’s all the reason to believe that what may be harmful to humans can also be harmful to dogs.

Combined with the fact that duct tape isn’t certified for safety from using toxic, cancer-causing substances (Proposition 65), and that it’s been banned for certain uses in California and other places- it’s safe to say it’s a good idea to keep the duct tape far away from your pet.

READ  Should I Worry If My Dog Ate a Dead Squirrel?

What Happens If A Dog Eats Duct Tape? 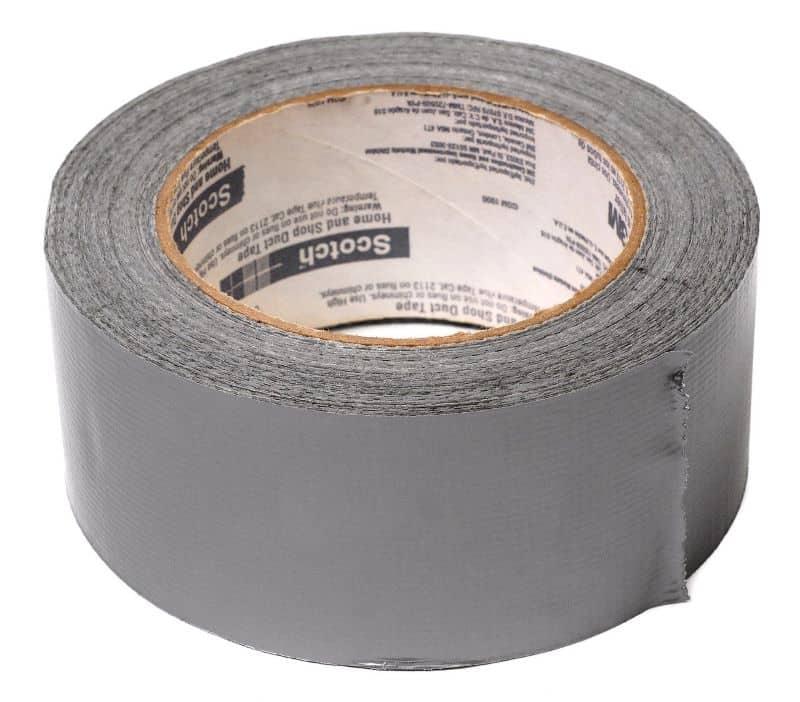 Even if it is not completely certain whether duct tape is toxic to dogs, it can still be a dangerous material for your dog to chew and play around with.

Duct tape is famous for being strong, flexible and sticky– so much so that it can be relied on in the most extreme of circumstances and locations (i.e. in outer space) for repairs. It is made from a combination of woven fabrics, including polyester, rayon,nylon, fibreglass or cotton.

What makes it such an effective tool in professional and high-pressure situations is the same quality that makes it so potentially dangerous for dogs. If a dog ate duct tape, there is no way its stomach acid will be able to dissolve and digest the material.

As a result, that opens up the possibility of internal blockage- especially if the swallowed piece is especially large or long. That’s if the tape can get to the stomach in the first place!

Duct tape, being the sticky material that it is, can quite easily be stuck to the inside of the throat once swallowed. This can cause the airway to become blocked and stop a dog from being able to breathe.

This is obviously a very dangerous situation for the dog to be in.

Choking will stop the flow of oxygen into the body, and can result in a loss of consciousness. Eventually, if the lack of oxygen is prolonged, it will cause brain and organ damage, and ultimately lead to death.

If the duct tape does make it to the stomach, it then becomes a significant risk factor for a pyloric obstruction. This is where a foreign body becomes lodged in the passage area between the stomach and small intestine.

Once the pyloric sphincter becomes blocked, a dog will show signs of restlessness, stomach pain, and nausea. Even if the tape passes to the small intestine successfully, it may become entwined within the digestive tract, especially if it is a long piece.

READ  Is It Normal For My Dog To Have Inverted Nipples?

If the tape ties up the intestines and cuts off circulation, this can cause the surrounding organs to begin to decay. What may start out as a partial blockage may turn into a full blockage at any moment, so it is vital that you take your dog to the vet as soon as you see any signs.

Other symptoms of GI obstruction can include:

What Should I Do If My Dog Ate Duct Tape?

If It Is Choking…

If your dog is choking on duct tape, you need to do everything that you can to remove the tape from its throat as quickly as possible. If you can see it stuck to the throat, use your fingers to pull it out.

The tape is likely to be slightly folded, and the adhesive shouldn’t be as sticky due to the presence of saliva. That should make it easier to remove. If you don’t see the tape, don’t try to find it with your fingers by going deeper. If you do, you run the risk of lodging it even further in.

Also, don’t use pliers or any other long object to try to locate and remove the tape. If you happen to cut the inside of your dog’s throat, that will only make matters much worse as it will bleed profusely.

If you can’t see the piece of tape, attempt the Heimlich maneuver as demonstrated in the following video:

If that doesn’t dislodge the tape or make it visible so that you can remove it with your fingers, load your dog into the car and take it to the vet immediately.

If It Is At Risk For Internal Blockage…

If your dog swallowed duct tape and doesn’t seem to be choking, you’re unfortunately not out of the woods just quite yet.

You will need to monitor your dog closely over the next two or three days for any unusual signs or symptoms of distress. That means keeping an keen eye on its poop and looking for pieces of tape that might emerge.

You can help to speed up this process by giving your dog fiber-rich foods in the meantime, such as plain pumpkin paste, high-fiber bread, bran flakes or oatmeal. The food should not contain ingredients like chocolate, raisins or certain nuts which can be toxic to dogs.

READ  My Dog Ate Raisin Bread! Should I Be Worried?

Psyllium husk can also be used (commonly known as Metamucil) in dosages of ½ a teaspoon per 10 pounds of body weight.

If your dog does pass the tape successfully, then luckily your worries are over and your dog will be just fine.

If instead your dog starts to experience diarrhea or black/bloody stools, then you need to quickly take it to the vet for assessment and treatment. The same goes for any vomiting, abdominal pain, constipation or loss of appetite.

The vet may induce vomiting, depending on how much tape was eaten and what the initial X-ray shows. If a large roll or ball of the material was swallowed, it is likely that the vet will choose not to induce vomiting as the piece could become lodged in the dog’s throat.

If viable, the vet may perform an endoscopy to pull the tape fragments out. In the worst case scenario, surgery will be required to remove the pieces safely from your dog’s stomach and intestines.

If your dog ate duct tape, it could be in significant danger. While the tape likely won’t have toxic effects on a dog, it can be a choking hazard or cause an internal obstruction– especially if it is a large piece.

Once you are able to establish that your dog isn’t choking, you will need to monitor it for signs of stomach blockage over the next few days. If you notice your dog refusing food, vomiting, having constipation or diarrhea– you will need to take it to the vet immediately. 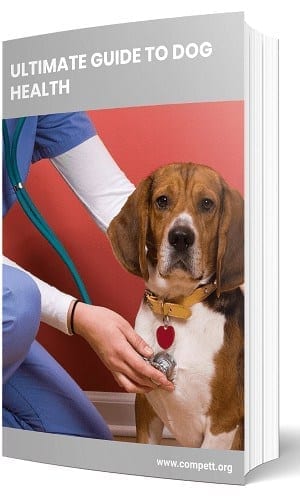